Arevik children’s medical association of Stepanakert will no longer be deprived of hot water in case of gas and electricity supply failures. 8 solar water heaters with a capacity of 300 liters have been installed on the roof of the hospital.

“When the gas supply stopped, the hospital switched to electricity consumption, as a result of which the power wires were overloaded so much that they caught fire. The clinic’s electric generator, unable to withstand the load, broke down twice. We were forced to postpone all planned medical interventions, even when performing emergency operations, we cut off electricity in a part of the hospital. And now we won’t face such a problem again,” says Karen Melkumyan, director of the Arevik children’s medical association, noting that the problem, especially in the case of the children’s clinic, was threatening. 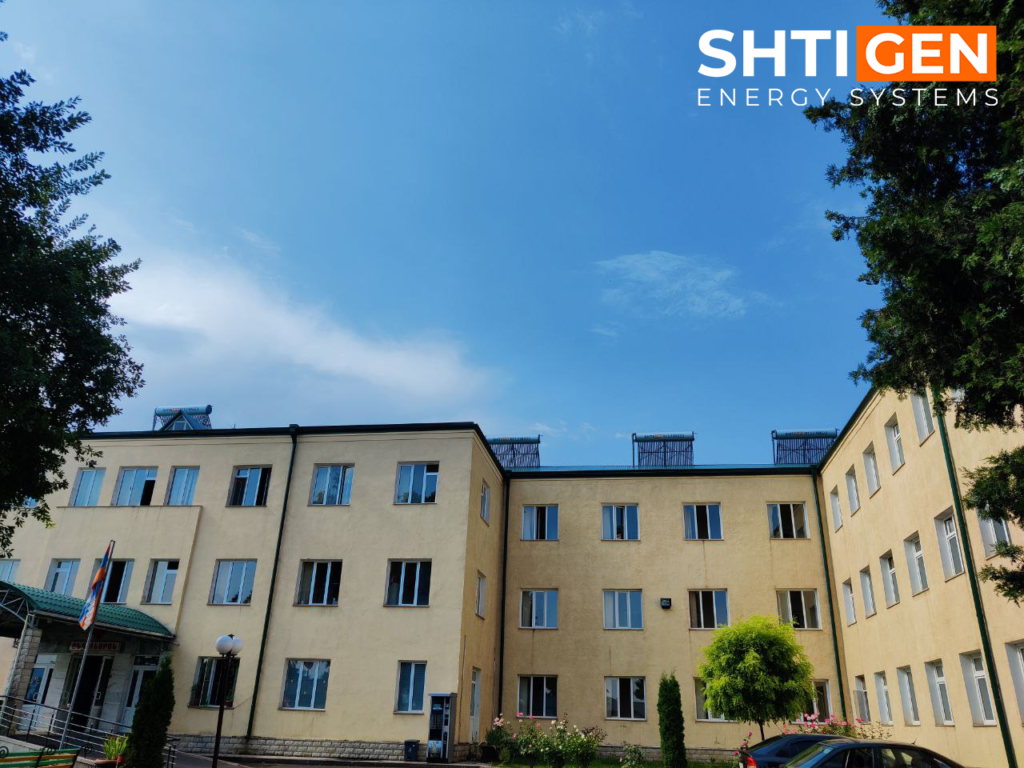 Thus, Arevik  is the first medical center in Artsakh that is switching to solar energy. The 3 largest departments of the hospital – surgical, pediatric, resuscitation-intensive care therapy, and the operating theater will always have free hot water, saving several million drams annually. 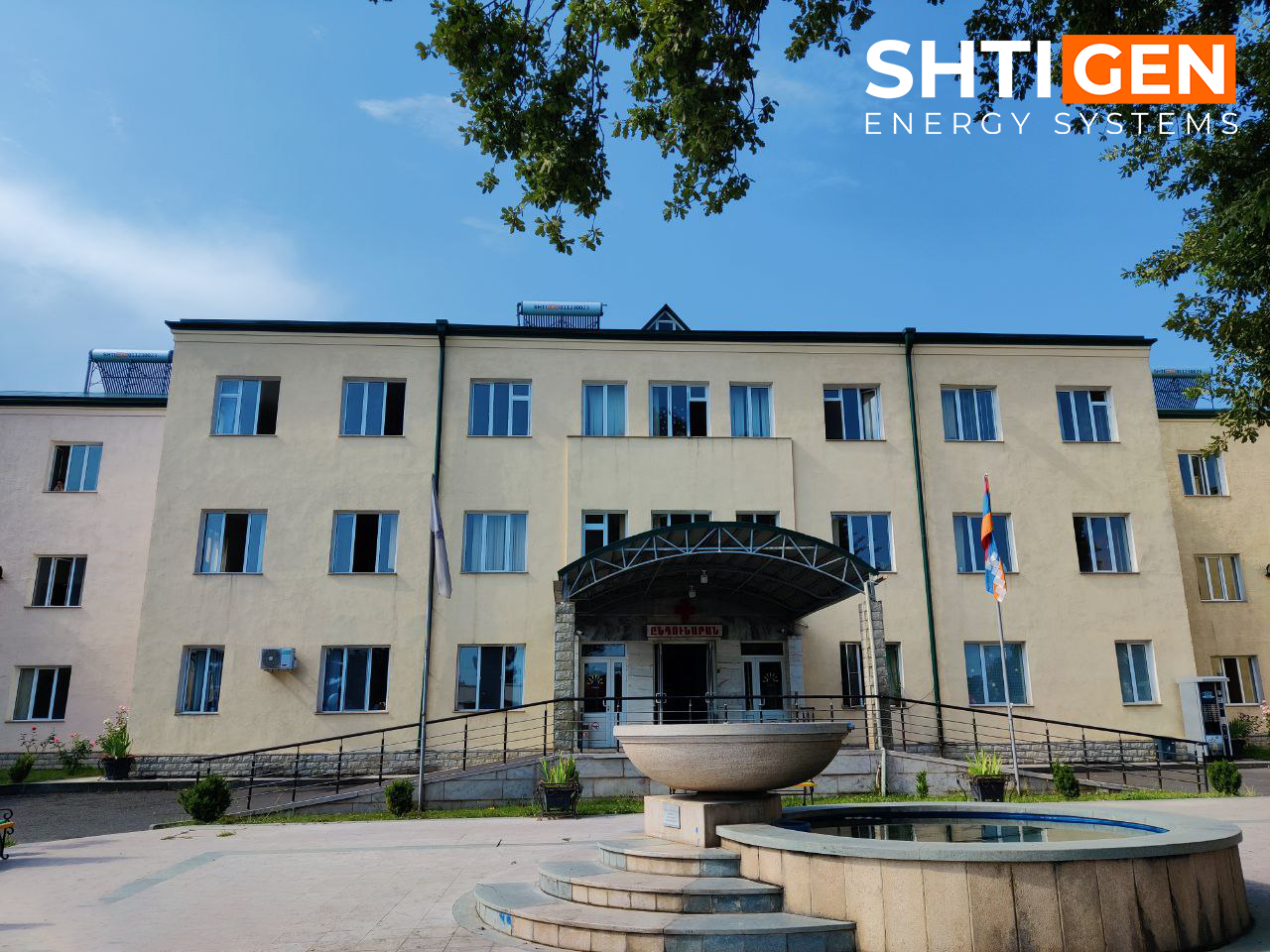 The plan to make the children’s hospital energy independent and invulnerable was initiated by Harut Mnatsakanyan, adviser to the Artsakh president, and the fundraising was organized by Vazgen Ghazaryan, the owner of the Republic of Artsakh and Armenian Military Portal telegram channels, who managed to collect the necessary funds thanks to the donations of the Armenian community of the Russian Federation.

“We aim to make the children’s hospital completely independent in terms of energy, and then move on to other facilities of primary need in Artsakh. We are confident that we will continue our cooperation with Shtigen Group in that regard,” says Harut Mnatsakanyan.

In order to implement the project as easily and quickly as possible, Shtigen Group, in turn, set preferential conditions and sent its best technicians to Artsakh, who ensured the installation of water heaters in 5 days.

“As a result of fully solarizing the medical center, several issues will be solved at the same time: the clinic will gain energy independence, it will turn from an electricity consumer into a producer, the load on the electrical network will be reduced,” says Armen Khachatryan, the representative of Shtigen Group in Artsakh.

In order to ensure energy independence in Artsakh, Shtigen Group started implementing the Sunrise in Artsakh project from April of the current year, aiming to install a solar power plant and water heater on the roof of every house and institution. Towards that goal, the group of companies took the first step by providing 12 solar water heaters free of charge, which were installed on the roofs of the houses of people who died in the Artsakh wars, became disabled and/or came from families with many children. From now on, those families will have free hot water all year round. (More about the initiative here)

Sunrise Begins in Artsakh: 12 Families Will Get Free Hot Water from the Sun